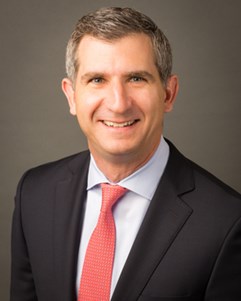 Mr. Goff joined the firm in 2011 and currently oversees the firm’s business development efforts, developing and executing platform strategy, attracting early stage capital through strategic partnerships and driving new product idea generation. He is a member of the Investment Committees for the Social Impact and Private Sustainable Infrastructure strategies and participates on the firm’s Sustainability and Impact committee. Since joining the firm, Mr. Goff has led the development and launch of the firm’s social impact and ETF businesses, index and exchange traded fund business, clean energy initiatives as well as its private fund platform. Previously, Mr. Goff worked for Blackstone in the firm’s private equity investor relations and business development group where he was responsible for developing and fundraising for their private funds including Blackstone Capital Partners VI and Blackstone Energy Partners’ funds. He played an instrumental role in the relationship management of Blackstone’s domestic and international limited partners, with particular emphasis on Latin America. Prior to his time with Blackstone, he served as a ranger infantry officer in the U.S. Army, where he was awarded the Bronze Star Medal and Army Commendation for Valor. Mr. Goff earned a Bachelor of Science degree in economics from the United States Military Academy at West Point. He has participated on local Kansas City-area nonprofit boards, including the Shadow Buddies Foundation and Mariner Foundation, and currently serves on the board of the University Academy Foundation, a charitable foundation with the goal of empowering University Academy students and alumni to reach their academic and professional aspirations.