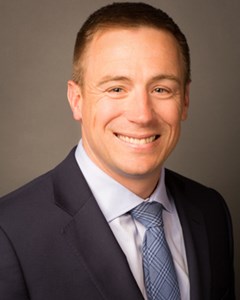 Mr. Blind joined the firm in 2018 to work with family offices to raise capital in private markets. Previously Mr. Blind worked at Fidelity for nearly a decade as the head of investments for Fidelity Family Office Services where he was responsible for portfolio construction, strategy, and idea generation to large single family offices. He started at Fidelity as a consultant focused on energy research and derivative hedging. Mr. Blind started his corporate career in brand management for Kraft Foods in Chicago after serving as an infantry officer in the US Army from 2002 through 2007. He is a qualified Army Ranger, sapper and paratrooper and earned a Bachelor of Science degree in economics from the United States Military Academy at West Point and a CFA® charterholder. Mr. Blind, his wife, and three boys reside in Cohasset, Mass.