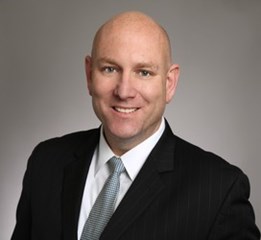 Mr. McLaughlin joined the firm in 2019 and is focused on the charter school sector. He has led or participated on more than $200 million of public financings for charter and private K-12 schools. Mr. McLaughlin has directly served the charter school community since 2001 as a school leader, investment banker and board director. As vice president of Alain Locke, a high-poverty charter school on Chicago’s West Side, he oversaw a complete organizational restructuring which resulted in the largest testing gains in Chicago Public Schools for two years in a row.

Mr. McLaughlin spent six years with Ziegler's charter school investment banking practice. He has also held a variety of leadership roles within or for Career Education Corp., Sterling Partners, Textura Corp. and Aon Risk Services. He served 12 years of active duty in the United States Navy and has logged more the 2,000 flight hours as an aircraft carrier-based combat search & rescue pilot. He is currently a director on the board of the Alain Locke Charter School and was previously a director for Saint Clement School, both in Chicago. He has also served as an advisor/selector for New Leaders for New Schools, the Inner-City Teaching Corps and Chicago Community Ventures.

Mr. McLaughlin graduated from the University of Notre Dame with a Bachelor of Arts degree in government & international relations and received a Master of Business Administration degree with concentrations in accounting and finance from Northwestern University’s Kellogg School of Management.