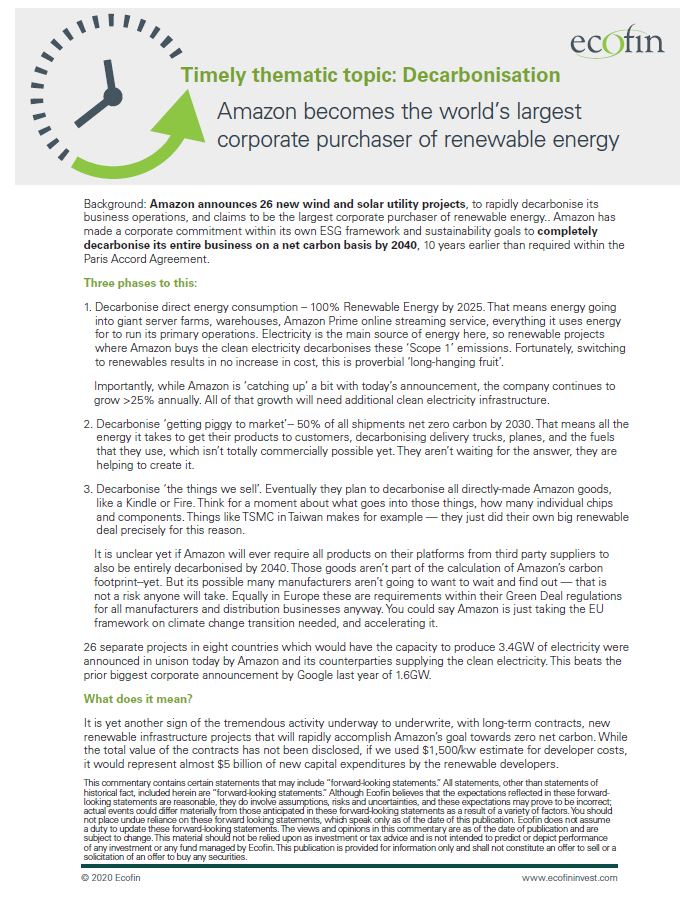 Background: Amazon announces 26 new wind and solar utility projects, to rapidly decarbonise its business operations, and claims to be the largest corporate purchaser of renewable energy. Amazon has made a corporate commitment within its own ESG framework and sustainability goals to completely decarbonise its entire business on a net carbon basis by 2040, 10 years earlier than required within the Paris Accord Agreement.

Three phases to this:

26 separate projects in eight countries which would have the capacity to produce 3.4GW of electricity were announced in unison today by Amazon and its counterparties supplying the clean electricity. This beats the prior biggest corporate announcement by Google last year of 1.6GW.

What does it mean?

It is yet another sign of the tremendous activity underway to underwrite, with long-term contracts, new renewable infrastructure projects that will rapidly accomplish Amazon’s goal towards zero net carbon. While the total value of the contracts has not been disclosed, if we used $1,500/kw estimate for developer costs, it would represent almost $5 billion of new capital expenditures by the renewable developers.